Tree of the Month 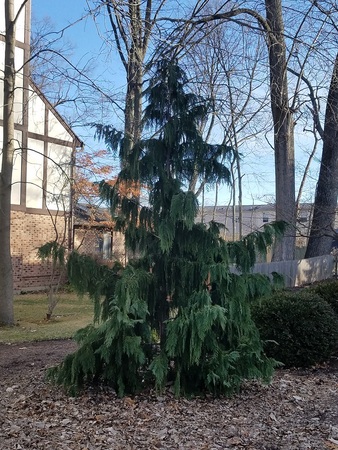 The Ohio Chapter ISA continued efforts is to advance responsible tree care practices through research, technology, and education while promoting the benefits of trees. This month Tree-Of-The-Month is commonly known as the Nootka Falsecypress or the Alaska Cedar (Chamaecyparis nootkatensis)

One the most unique characteristics of the Falsecypress or the Alaska Cedar is its pendulous sprays of needles. The long, pendulous, flattened branches are clothed with dark bluish-green or grayish-green, scale like “needles. The Nootka Falsecypress or the Alaska Cedar has unique squared stems that will develop a trunk woods bark will shredding bark with age with a reddish-brown color.

Alaska-cedar/ Nootka Falsecypress is monoecious which means it has both the male and female reproductive organs in the same individual. Nootka Falsecypress flowers from April to June. The Alaska-cedar produces a tiny inconspicuous yellow or reddish male pollen-bearing strobili and green female cones that are borne on the tips of branchlets. Pollination occurs from mid-April to late May in cones that were initiated the previous summer. Cones of Alaska-cedar generally mature in 2 years, but they may mature in I year. Both first- and second-year cones often occur on the same branch and may easily be confused. The mature cones are ornamental as they are approximately about 12 mm (0.5 in) in diameter and globe shaped. The mature and immature cones of the Alaska-cedar are nearly the same size. The immature cones the Alaska-cedar of are often green and soft, often with purple markings, and are located near the tips of branchlets. Mature cones of an Alaska-cedar are often yellow-green and hard, often with brown markings, and are borne farther from the branch tips.

'Glauca' - Blue foliage on branches that weep. Habit is upright, to 25'

'Pendula' - An extremely hardy cultivar that is increasingly common in today's landscapes. The branches are strongly weeping and display deep green foliage. 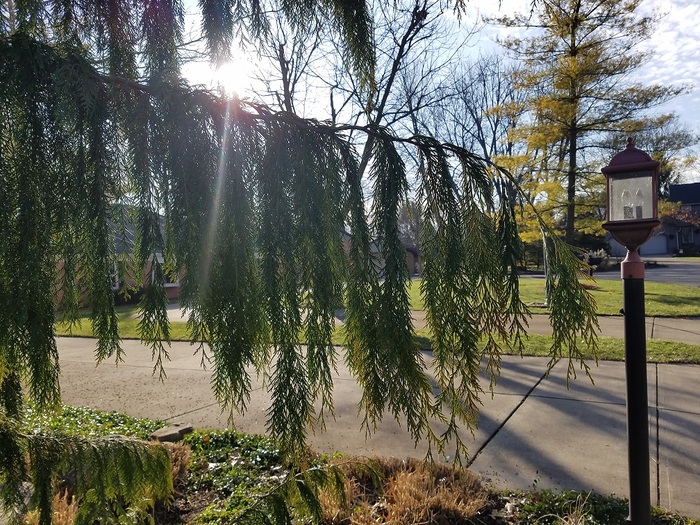 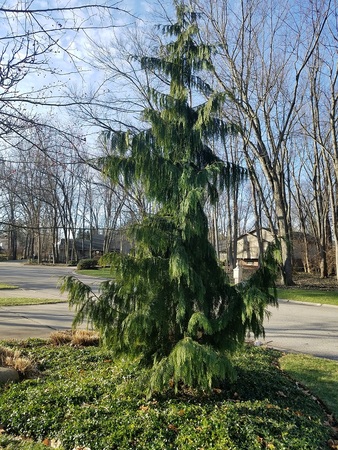 The Ohio Chapter ISA recommends working with an ISA Certified Arborist when selecting or caring for any tree in your landscape. To better guide you on the vital plant information for the Nootka Cypress, use our friendly users guide below:

Antos, Joseph A., and Donald B. Zobel. 1984. Habitat relationships of Chamaecyparis nootkatensis in southern Washington, Oregon, and California. Canadian Journal of Botany 64:1898-1909. 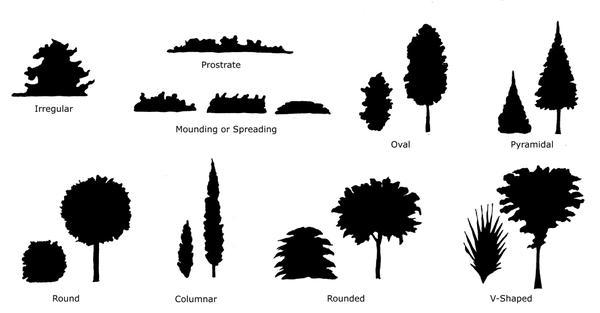